The $46 billion less-than-truckload (LTL) market, plagued by high fixed costs and sometimes awkward labor relations, has rebounded to become a cash cow over the past two years.

“Customers are afraid to change carriers today for fear of not having enough capacity,” says Chuck Hammel, president of LTL mainstay Pitt Ohio. “In fact, they’re all paying big prices for capacity.”

How big? How about double-digit percentage increases, often twice in the past year, confirms Hammel. “Our existing business understands this, and it’s no longer just a 12-month contract,” he says. “We go to them throughout the year and say: ‘Here’s the way it is.’ It’s customer by customer, but we try not to cross-subsidize any freight.”

It’s the same way at Old Dominion Freight Line (ODFL). “Our customers are getting pretty used to us meeting with them and letting them know what our costs are,” says Kevin Freeman, ODFL’s vice president and COO. “We’re pretty much an open book. The majority of our business, about 75%, is contract business with large national accounts. We negotiate on the basis of the profitability of that account.”

While Freeman says that “nobody likes rate increases,” ODFL’s national customers are experiencing cost increases in their own businesses. Inflation is everywhere consumers turn, and shippers are no different, according to Freeman. “They understand the increases we’ve experienced in America the past year or so,” he adds.

With this current environment in mind, let’s take a deeper dive into the factors that are driving the LTL market, including what capacity is available for shippers and how the top carriers are handling the driver conundrum, and then we’ll peek into some forecasts to help us understand how high rates might go this year.

Nearly all the top LTLs have benefitted because of the uniqueness of the LTL market and the prohibitively high costs associated with any attempted startup. The main reason there are no new entrants is due to the high fixed costs of creating and maintaining expensive hub-and-spoke networks. In fact, the market has lost two huge LTL players—New England Motor Freight in 2020 and Central Freight Lines late last year—which has further tightened capacity.

All this has made the big carriers even bigger. FedEx Freight (FEF), the nation’s largest LTL concern, posted about $8.2 billion in revenue last year with an operating ratio of about 86%, which is calculated by dividing a company’s operating expenses by its revenue. If FedEx Freight were a stand-alone carrier, it could have market capitalization of $34 billion.

Once an afterthought in FedEx’s suite of shipping options, FEF now posts operating margins of 14.7%, compared with FedEx Ground at 5.8% and FedEx Express at 8.2%. In fact, the LTL trucking unit is now the most profitable part of FedEx. Fred Smith, FedEx founder, chairman, and CEO, said during a recent earnings call that FedEx Freight is “a key part of the overall enterprise strategy” of the company.

Meanwhile, ODFL with more than 23,000 employees working out of 251 terminals with more than 10,000 power units, has grown to more than $4 billion in revenue with a compound annual growth rate exceeding 11.5% since 2002.

ODFL’s formula is outstanding service combined with a value proposition that shippers find attractive. It’s a one-stop shop combining regional, long-haul and intermodal with a 99% on-time rate. Approximately 70% of its shipments are next- or second-day deliveries. And it does it profitably—ODFL’s operating ratio for last year’s third quarter was a stunningly low 72.6%.

“It’s been very, very busy,” says ODFL’s Freeman. “It’s been busy since last March and it hasn’t slowed down. We feel like it will be busy through 2022.” 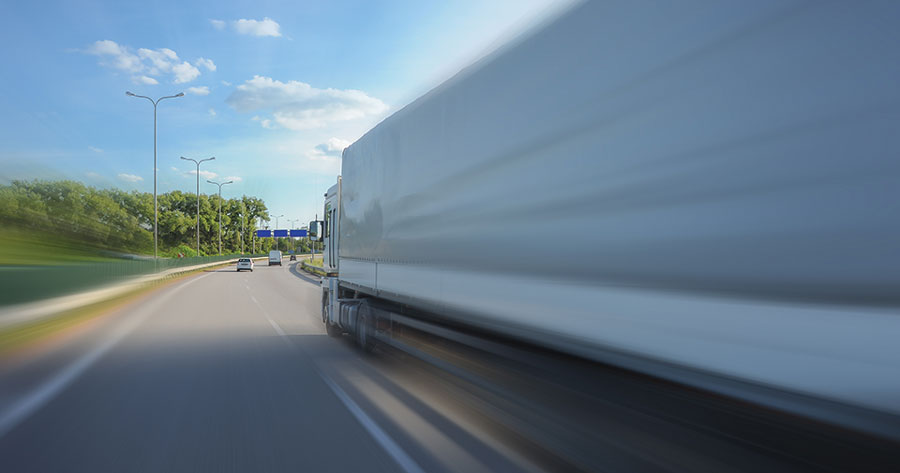 The driver shortage used to be primarily a problem only in the larger truckload (TL) sector. But because of COVID-inspired early retirements, surging freight demand, growth of e-commerce and demographics, the LTL industry is also finding it harder to attract and retain drivers.

Averitt Express says that its retention rates are significantly higher than the industry average. “But we certainly realize we’re operating in a historically competitive environment, and that’s why we’re focused on finding creative and innovative ways to make Averitt a great place to work,” says Kent Williams, who assumed retiring Phil Pierce’s position of Averitt executive vice president of sales and marketing.

LTL carriers say that modern, clean facilities with convenient amenities help in that retention. So do flexible schedules with plenty of home time, as well as clear, consistent communication and training. Financial rewards, including a robust profit-sharing program, also help (see sidebar on Pitt Ohio’s 0% loans).

Chuck Hammel has uncovered a unique way to keep his drivers happy—and out of debt. The Pitt Ohio president has established two zero-interest loan programs as part of its wellness program.

The rainy-day fund is an emergency saving account where an employee has a savings account for emergencies like a hot water heater gone bad, furnace problems, etc. In other words: an unexpected expense.

“In this program, if employees are in it for 12 months and contribute $600, we match the contribution to bring them up to a $1,200,” says Hammel. Pitt Ohio contributes only in the first year, he adds.

“Before we introduced this fund, employees would borrow against their 401(k) retirement funds,” Hammel explains, an option that’s not only expensive with fees and tax disadvantages, but also diminishes the amount of money they have in their account for investing.

Drivers also want equipment with the latest technology to keep them safe and comfortable, while opportunities for advancement also help for those with an eye on management. “At the end of the day, we want to distinguish ourselves based on intangibles—respect, stability, security, purpose, the opportunity to reach our full potential and outlets to give back in ways that are bigger than ourselves,” says Williams. “Those are factors that attract good people and inspire people to remain part of our team.”

Forward-thinking executives say that the current driver situation and the overall environment in the LTL industry are creating new ways of thinking about old problems. That’s obvious at ODFL. It added 1,800 new drivers in the last year—600 of them from its internal driving schools. Locations of those schools change on a monthly basis, says Freeman, and the carrier is getting most of its new drivers from dock workers at its larger facilities in New Jersey, Atlanta, Dallas and breakbulk facilities.

“It hasn’t been easy, but we’ve kept up with the influx of freight,” adds Freeman. “We could probably use another 300 drivers today, and we’re constantly seeking those drivers.”

Trucking rate increases have been most visible on the LTL side the last year or so. That’s due to the fact that truckload shippers, unable to move all their freight under contract, turned to the spot market. That caused one-way TL rates to be off slightly, according to analysts. As diesel prices rose over $3 a gallon, intermodal moves via rail became more attractive to some long-haul TL shippers.

However, LTL freight tonnage was up nearly 8% for 2021, compared to a 1.1% decline in 2020. The surge in mid-mile and last-mile deliveries favored the LTL carriers over TL, analysts said. Retail has rebounded and industrial freight is solid in most sectors, executives say.

But shippers should keep in mind that they are not helpless as they embark on what are expected to be gnarly rate negotiations. Experts in the LTL sector contend that shippers can mitigate nearly all of their rate increases by streamlining their operations on the dock and elsewhere to eliminate wait times.

“All shippers can avoid the majority of these rate increases if they commit themselves to eliminate time-wasting procedures in their supply chains,” says Satish Jindel, principal of SJ Consulting. “Those delays are causing carriers to lose money, which in turn is causing them to raise rates on shippers. But it doesn’t have to be that way.”

According to carrier executives, shippers realize that and are starting to change some long-standing habits. “We work with our customers on an individualized basis,” says Averitt’s Williams. “This can involve developing customized supply chain strategies for many shippers because a turn-key solution may not be efficient.”

At the same time, Williams says that Averitt collaborates closely with their customers to build out customized freight handling plans. “We want to ensure that our drivers, dock associates, operational associates and our customers are working together toward a mutual goal,” he adds.

Analysts and carrier executives agree that, for the next year or two at least, carriers will have the upper hand in rate negotiations because capacity will remain tight and LTL options are limited.

“We love all our customers, but there are instances where we go to them and say, ‘In order for us to continue serving you, this, this and this needs to happen. You need to fix it,’” says Pitt Ohio’s Hammel. “If it’s fixed, shippers could find their rates going down instead of up. In any disruption, there’s usually a ton of opportunities.”

ODFL’s Freeman agrees, saying: “Sometimes you don’t need a rate increase. Sometimes, it’s elimination of wait times that shippers can change by repositioning to a different distribution center. Sometimes the customer can lower their costs just by doing some things differently.”