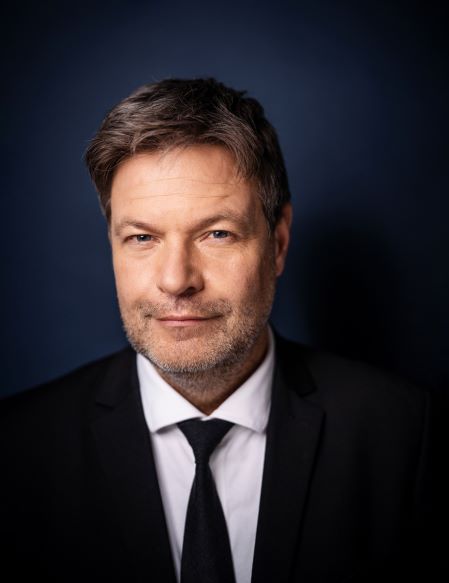 Dr. Robert Habeck, Germany´s Federal Minister of Economic Affairs and Climate Action, has taken over patronage of the International Intralogistics and Forklift Truck of the Year (IFOY) AWARD.

The IFOY AWARD is considered the most authoritative international innovation award in intralogistics. For the past ten years, companies from all over the world, ranging from top intralogistics providers to innovative start-ups, have been sending their new developments and innovations to compete for the award, which is also known as the “Oscar of intralogistics”.

These include new forklift models and warehouse technology equipment, as well as driverless transport vehicles, robots, automation solutions or holistic warehouse solutions – for short, everything the intralogistics industry has to offer in terms of future technologies.

The election by the jury, which includes internationally renowned trade journalists and the leading logistics media, is preceded by an extensive audit with nomination and test cycles. On the occasion of the IFOY TEST DAYS, which will take place this year from March 18 to 23 at the Messe Dortmund exhibition centre, the devices and solutions nominated for the finals undergo individually tailored driving or functional tests, including the IFOY test protocol comprising around 80 criteria and the scientific IFOY Innovation Check. In addition, the judges and their advisory teams from the economy will travel to assess the finalists themselves before casting their vote.

As part of IFOY TEST DAYS 2022, TEST CAMP INTRALOGISTICS will take place for the third time. From March 21 to 23, under the motto “Spot on Innovation”, additional exhibitors as well as a B2B trade audience interested in innovation are admitted to the test hall. This year, the topic of e-mobility in the fully automated warehouse of the future is high on the agenda. The number of participants is limited.

The trophies will be awarded on June 30, 2022.The location for the awards ceremony will be announced shortly. Until then, the result will remain a secret – both for the finalists and for the public.