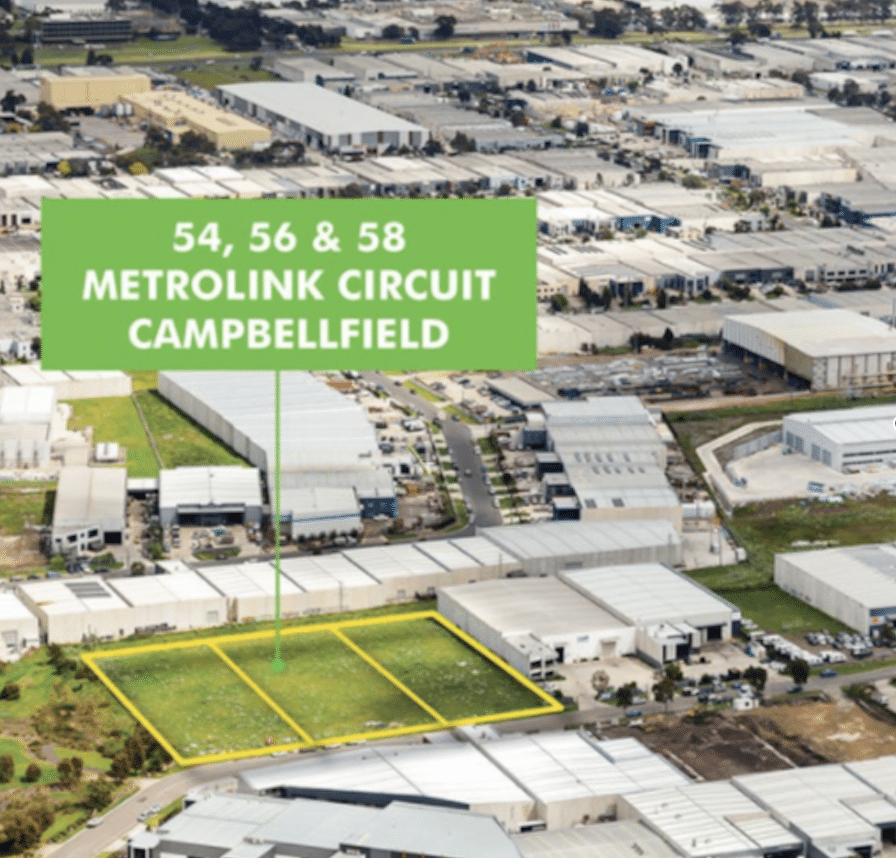 According to CBRE, GLJS Investments has sold a Campbellfield allotment of 11, 931 sqms for a record-breaking $9 million to a private investor.

The property firm says the sale price has set a new land-rate record of $754 per sqms for industrial-zoned land in the area.

It also says there is demand for industrial land in Melbourne’s north.

“In tandem, a diminishing supply of zoned and titled allotments through Melbourne’s middle-northern belt has encouraged groups to now consider land speculation in future growth areas such as Craigieburn.”

The allotment comprises three blocks of land at 54, 56 and 58 Metrolink Circuit. The private investor bought all three sites that had individual titles and zones. The sites could have been bought individually or as a group.

CBRE reports the purchaser intends to occupy part of the land and develop the rest.